The WEEE directive (Waste Electrical and Electronic Equipment) is the directive No. 2012/19/EU of the European Union (originally EG Directive 2002/96 /EG) to reduce the increasing amount of electronic waste from disused electrical and electronic equipment. The objective is the avoidance, reduction, and environmentally friendly disposal of increasing amounts of electronic waste through extended producer responsibility. The revised WEEE II Directive 2012/19/EU was published in July 2012 by the European Commission and implemented in February 2014 by the member states.

The directive is intended to prevent mainly consumer electronics equipment from ending up as unsorted municipal waste. Industrially used plants that are degraded by qualified personnel and utilized already professionally in industrial waste cycles, according to article 2 of the regulation shall be excluded.

kolb cleaning systems so far are all WEEE compliant, as they fall under the exceptions described in article 2 of the direction.

kolb systems are covered by the exemption as so-called "large-scale fixed equipment", which as defined as a large-scale combination of several types of devices and, where applicable, other appliances, which are mounted, installed and dismantled by professionals and are intended to be used permanently at a predefined location and which can be replaced only with the same specially designed equipment. 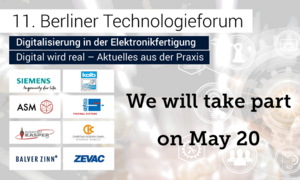 The 11th Berlin Technology Forum focuses on the megatrend "digitalization in electronics manufacturing". 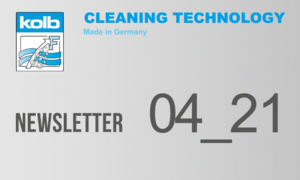 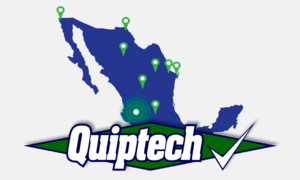 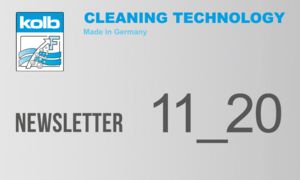 Read about our new special cleaner for wave soldering systems and reflow ovens in our November newsletter.